Green Engineering Solar is known for its high-quality solar systems and lucrative solar packages offered to the Australians. Here are few benefits of solar panel installation.

With rising costs of non-renewable energy sources and replenishing reserves, the world is shifting the focus towards installing solar systems in their residences and commercial properties. The number of solar installers in Melbourne has also seen a remarkable increase with more and more people understanding the worth and advantages of lucrative solar packages that are offered both by private and government companies. 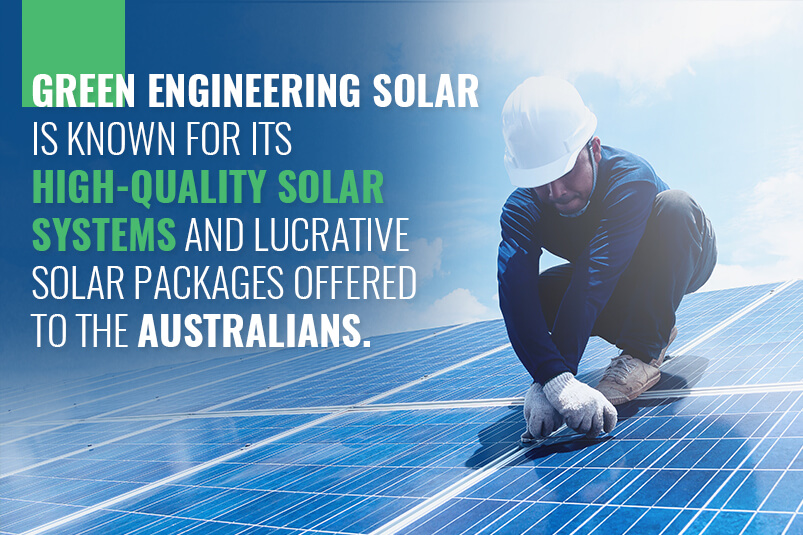 Green Engineering solar has been providing general as well as customised solar deals across Australia, leaving behind satisfied and happy customers. With rising costs of energy, people are going green and are increasingly attracted towards solar panel installation in Victoria. There are several advantages of these solar panels that contribute towards significant savings.

One things that we usually overlook while installing solar panels is the compatibility with the batteries. With a reserve battery, you can store power to utilise it when the sun is not shining.

get your free solar consultation

Enter your details below and we’ll call you back to answer any questions you may have and arrange a FREE site visit and help you understand which package is right for you.

Alternatively, our friendly solar experts are available to take your call on 1300 786 008 during standard business hours.